I know we shouldn’t be doing this, but we are. Yes, yes…in the past whenever we talked about Curly sleeping through the night, the next night he would be up twice. And then when we’d say what a wonderful eater he was, he would suddenly get very picky. But this news, despite the fact that we might be jinxing things, must be shared, so here goes.

Curly seems to be…well, it rhymes with “gotty-chained.”  And it means that he is now wearing the cutest REAL underwear. Not pull-ups, and not training pants, but actual, adorable underwear that looks like this: 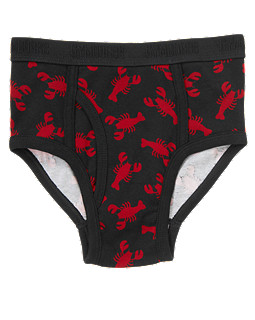 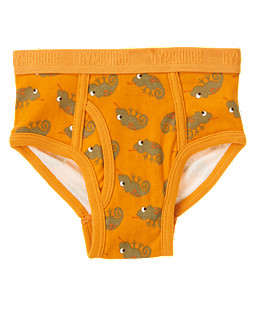 (I am seriously jealous of my son’s ridiculously cute underwear)

Here’s how this week went so far. On Monday, we put him in underwear and sent him to school, fearing the worst. When we picked him up, he was in the SAME underwear which was clean and dry and his teachers raved about how he peed in the potty all day. Things to note are that he did not need to poop until the evening, which he did at home in the potty, and he didn’t take a nap that day. When we picked him up on Tuesday, we received the tell-tale bag of clothes. His underwear was full of poop which I had to hose off in the yard. It made us very weary of the rest of the week. But Wednesday he was clean and dry again (no nap though), and he had ASKED to use the potty at school to poop. Same thing again on Thursday (plus an hour long nap!). He has begun consistently holding his pee and/or asking to pee or poop in the potty. It feels like a freaking miracle to be honest. Just this morning, he was in the middle of eating his breakfast and said “Mommy, I need to go poop” and I rushed to put him on the potty and he DID. That signing time potty video, where they sing “Stop what you’re doing and GO (potty)” has really sunk in, and he’s started saying that with conviction.

I cannot convey the emotion I feel when I say We. Are. Overjoyed.

Of course there will be accidents, and we’re not ready to do naps at home without pull-ups yet until a couple trial runs, since he normally sleeps 2-3 hours , but we are so proud of him and delightfully shocked that he is at this point.

And seriously, his little butt looks so damn cute in underwear.

This entry was posted in Uncategorized and tagged 3 years. Bookmark the permalink.